This October has been a time for change at the Rodgers Memorial Library. We have a new teen services librarian at the desk (yours truly) and as we look ahead to the new things coming down the pipe, it’s also a good time to look back at what we’ve added to the collection. Now, because of the volume of items and their popularity, this is by no means an exhaustive list. We’re also planning on doing a summary like this every week when new materials are added, so stay tuned!

END_OF_DOCUMENT_TOKEN_TO_BE_REPLACED

Or is someone you know – your sibling, your parent, your neighbor, your best friend – in trouble and you find yourself needing information on how to manage the situation? Text the Crisis Text Hotline.

Crisis Text Line is free, 24/7 support for those in crisis. Text 741741 from anywhere in the USA to text with a trained Crisis Counselor. Read more about Crisis Text Line here.

As mentioned in a previous post, Larbalestier’s “My Sister Rosa” tackles an original conundrum: How do you protect a little sister who’s a serial killer?

In the same post, we review Marissa Meyer’s newest book “Heartless“: an origin tale of the Queen of Hearts from the classic fantasy Alice in Wonderland by Lewis Carroll.

J. K. Rowling’s first screenplay, “Fantastic Beasts & Where to Find Them,” was made into the movie of the same name that opened last November. To date, the movie has grossed over $6 million worldwide.

Finally, “The Sun is Also a Star,” Nicola Yoon’s follow-up to “Everything Everything” is the # 1 best-seller on Amazon’s Teen and Young Adult category. The Horn Book review says it best: “Fans of Eleanor & Park and The Fault in Our Stars  are destined to fall for Daniel and Natasha.” Don’t miss this one!

Just in time! We have three tie-in books with the blockbuster movie Dr. Strange, now in theaters. (Just FYI: I saw it. It’s totally awesome and trippy. Go see it. If you’ve already seen it, go see it again.)

Just received: Gemina, the sequel to Amie Kaufman’s blockbuster Illuminae, along with best-selling author S. J. Kincaid’s new book: The Diabolic. Check ’em out. Click on the title or the image to access the record in our catalog.

The best-selling classic Thirteen Reasons Why, a book that has sold over a million copies, tells the story about a young girl named Hannah who commits suicide and who leaves a package of cassette tapes on the porch of her friend Clay, detailing the 13 reasons why she decided to end her life. Author Jay Asher wrote this gripping book in 2007, and has not written another book since.

What Light is another emotional book, more poignant about hope, love and forgiveness. Sierra, the daughter of two Christmas tree farmers, travels to southern California to help her mom and dad with the annual harvest. While there meets a troubled boy named Caleb, and she finds herself attracted to him, despite his questionable past. Predictable and sweet, this book is the perfect holiday read while sipping hot chocolate and eating gingerbread cookies.

What Light, by Jay Asher

Click on the titles or the images to access the record in our catalog. Reviews are provided when available.

Fun Home / Alison Bechdel. EW review here. The book was made into a musical, which won five Tony awards in 2015, including Best Musical.

Critically reviewed Teen titles are now on our shelves. Click on the title or the image to access the title in our catalog.

Cruel Crown (Red Queen series, vols. 0.1 and 0.2) / Victoria Aveyard. Discover the history of the cruel queen Norta in this collection of two prequels “Queen Song” and “Steel Scars,” which includes a sneak peek at the second book in the series.

A World Without You / Beth Revis. “A page-turning, psychological thriller.” Kirkus Review

If I Was Your Girl / Meredith Russo. A trans teen struggles with her new identity in a new school. “This book was fantastic. THE END.” School Library Journal review

American Girls / Alison Umminger. Fifteen-year-old Anna moves to Los Angeles to live with her older sister, an actress, and discovers resonant similarities between her life and American culture. “An insightful, original take on a coming-of-age story.” Kirkus Review 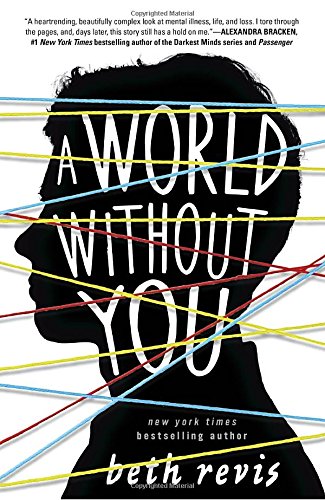 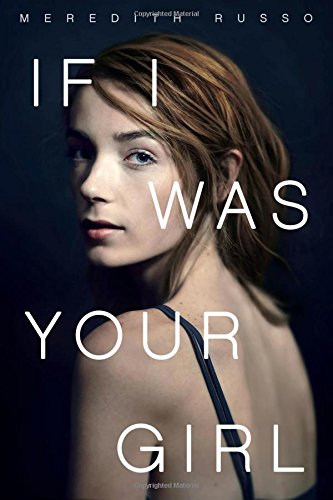 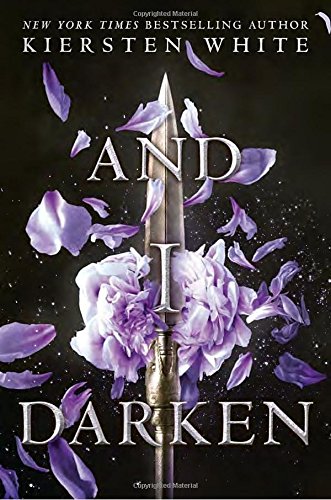 “Smoke and Shadow,” the newest addition to the Avatar: The Last Airbender graphic novel series, picks up where “The Search” left off. A troublesome new entity – the Kermurikage, menacing spirits believed to exist only in myth – make their debut. Follow Zuko as he grapples with the Kermurikage – their origins, their history, and the reasons why they’re making their appearance now – and learns new truths about himself in the process.

Also new: All We Have Left by Wendy Williams. The events of September 11 loom large over Jesse, a teenager who lost her older brother in the attacks on that terrible day. Interwoven with Jesse’s loss is the story of Alia, a young Muslim girl who finds herself trapped in the Twin Towers that sunny Tuesday morning when the towers fell. Beautifully written and moving. Read the starred Library School Journal review here.

Rick Riordan – author of “The Lightning Thief” – is back with yet another series, this one about the Norse gods of Asgard: Magnus Chase and the Gods of Asgard. In “The Sword of Summer,” the first book in the series, teenager Magnus Chase is surviving on his own on the streets of Boston, eventually finding out from his crazy uncle Randolph that Magnus is the son of a Norse god. Gripping and hilarious.

Rachel Renée Russell, author of “The Dork Diaries,” has also come out with a new series with “The Misadventures of Max Crumbly.” In the first book, “Locker Hero,” Max has just started middle school and is having a tough time dealing with being the new kid on the block, but also with staying out of the way of the school bully.

“The Leaving” by Tara Altebrando  revolves around six children who disappeared as kindergartners and have returned year later as teenagers – mostly. They have no memory of the past eleven years of the lives, and Max, who left with them, has not returned.

Finally, “Graduation Day” by Joelle Charbonneau concludes the “Testing” series. The first book in the series – “The Testing” – was included in this year’s Flume nominees for Best Book for New Hampshire students grades 9 – 12.

Click on the title below to view the record in our catalog. Starred-reviewed books have an asterisk (*) next to the title and a link to one or more reviews.

NEW! Now you can read available reviews appended to each link. Books that have been highly rated by two or more reputable review sites (Kirkus, School Library Journal, Booklist, Horn Book, etc.) display an askterisk (*) next to the title.